It’s late, but better late than never, right? I finished my February reading stack right on time despite it being a short month. I chose 4 books: The Hate U Give, Dead Letters, Everything Everything, and Daughters of the Lake. Hands down, Daughters of the Lake was my favorite book of the month, Dead Letters was my least favorite–by far. Overall it was a good reading month but it definitely left me craving some fantasy books for March.

The Hate U Give by Angie Thomas

This was a pretty good book. Considering the climate in the United States of late on the 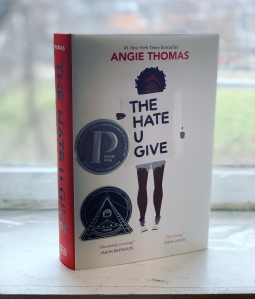 topic of police brutality and murders of unarmed citizens, I felt it necessary and timed just right for me to pick it up. It’s not my typical genre but I still enjoyed it and watched the movie immediately after. I’d been holding out on the movie until I read the book and I did find the book to be the better of the two. I really appreciated Angie Thomas’ no sugar-coating approach to such a sensitive yet relevant topic. I think it’s a story that needed to be told and I’m glad that the story line followed the narrative that we’re so used to seeing in the media these days. I think this book brings more awareness to a subject that deserves more unbiased attention than it’s received in the past. This was a pretty easy read and I finished it quickly. I would pick up another book by Angie Thomas depending on the subject matter. Again, the genre she falls into is not my favorite but if there’s a good message there, I’m not opposed to reading her again.

Daughters of the Lake by Wendy Webb

I LOVED this book! I chose it because it was a thriller with a supernatural flair so it appealed to my new-found interest in suspense but also catered to my love of fantasy sort of books. This book had a little bit of everything that pulls me in. The storyline flashed between present-day and the early 1800’s in a tiny town on the lake. There was also some folklore and ghosts/spirits that helped tie the two time periods together in a story that flowed effortlessly. Wendy Webb is an excellent writer and I would definitely pick up more of her work in the future.

movie. This was a SUPER easy  and quick read and a lot of the pages don’t have much text or have illustrations that help tell the story. In comparing the book and the movie, I think the movie was done really well. The only thing that was off to me was that, in the book, the main character is half Asian, half African-American and her mother is full Asian. That’s not how the characters in the movie are portrayed. Of course it doesn’t take away from the story at all but just something that I noticed. This is a really cute love story about two young adults and you can’t help but become invested in their journey and root for them. It also sheds some like on trauma and how severely it can affect ones mind. The main characters are so likable and the story moves along quickly but without compromising any details. 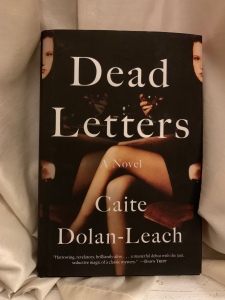 This is a suspense/crime sort of book but I say that lightly. I’ve certainly read more suspenseful books than this one. I have to say that I was not impressed at all by this book. In fact, I didn’t like this book even slightly but I pushed through because I was already committed. It wasn’t so bad that I was pained to continue but I also wasn’t itching to turn the page. I never felt any suspense and I found the entire story to be really anti-climatic. The only true win here is that I wasn’t fully expecting the way it ended. I don’t think I would recommend this book to anyone to be honest.