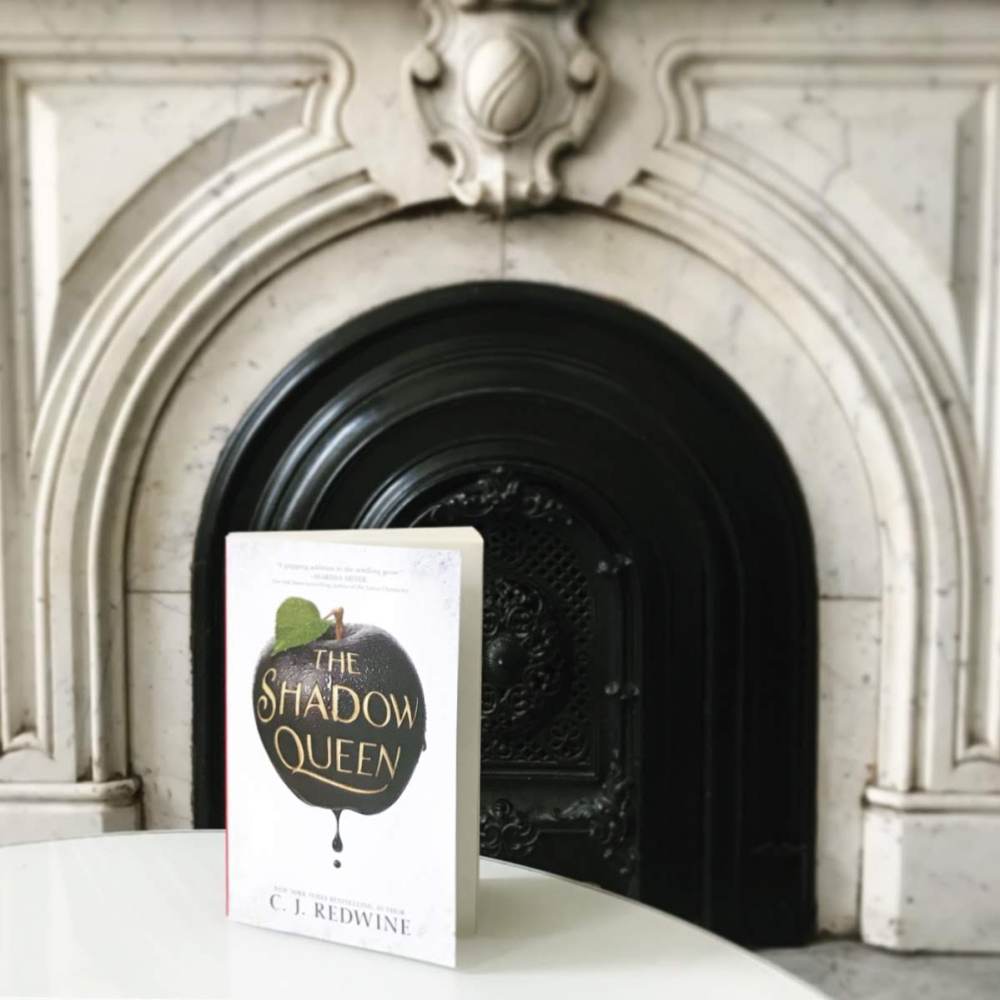 If you love fairy tales, retellings, and a little bit of flair and twists to make the story still seem brand new, then you will LOVE The Shadow Queen by C.J. Redwine. This particular retelling, if not given away by the gorgeous cover, is based on Snow White; in this book, she is called Lorelei and she has the ability to do magic. Lorelei has a little brother called Leo, a Gryfalcon named Sasha who she can communicate with tellepathically, an evil stepmother who’s stolen her kingdom and an old palace guard who acts as a father-figure. Oh, and don’t forget the love interest, a young man who can shift into a dragon at will! I know, I know, all your favorite things packed into one book–I could hardly stand it myself. Lorelei is on a mission to take down her evil stepmother who is sucking the magic and life out of Ravenspire and take back her throne. There is tragedy, love and growth along the way as Lorelei sets out on her mission.

I’ve read my fair share of retellings–it’s one of my favorite genre’s of all time (followed by your typical fantasy and Young Adult lot) and I have to say that C.J. Redwine tells this story in such a fresh and exciting way that it doesn’t at all feel like a story you’ve heard before despite it being a retelling. This book is written with so much detail that it was literally like a motion picture playing in my mind with each turn of the page. It was so hard to put this book down and tend to real life things. I don’t know about you, but anytime I reach the end of a good book I’m instantly craving just a glimpse into the future for the characters I’ve come to love. What are they up to? Did they get married? Did the evil whoever return? What happened to the kingdom? Just so many questions that I need answered. This is where C.J. Redwine exceeds all expectations, yet again, because at the end there was an epilogue set months in the future! I’m not lying when I say that my jaw hit the floor–I was so excited! The story felt “finished” for me at that point but I would totally welcome a sequel or two 😉

All in all, I give this novel a solid 5 stars. It had everything I would want in a retelling and it was done exceptionally well. I had already decided I would love this series and ordered the next two books, The Wish Granter and The Traitor Prince, before I was even halfway through The Shadow Queen. I’m just now digging into The Wish Granter (based on Rumpelstiltskin) now and I can tell it’s going to be another amazing retelling. I think that sometimes retellings get a stigma of being the same old story told in repetitious ways–I do not feel that this is the case for this story. C.J. Redwine did such a wonderful job putting her own spin on this story that I still found myself wondering what was going to unfold next even though I know the story of Snow White in and out. The magic aspect was really intriguing and made for such an interesting plot twist. And did I mention the dragons?! If you’re already a fan of fantasy, young adult, magic or any of that good stuff, I think you’ll love this book!